A full-house on Sunday night in Tutty’s for the closing gig featuring Michelle O’Brien (on fiddle), Peter Brown (on accordian & guitar), and Paul Meehan (on guitar & banjo) made taking pictures difficult and necessitated snatching shots from between bodies & over shoulders, but the pace & intensity of the tunes and the impact they had on the audience would have been impossible to capture anyway. 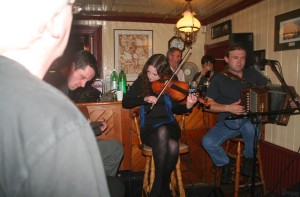 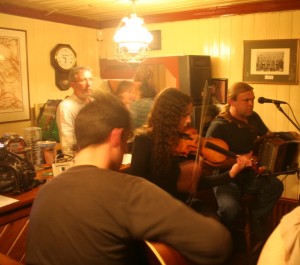 (No tune called Maid at the swimming pool was played during this performance, despite the influence of Florida on Peter’s mind) 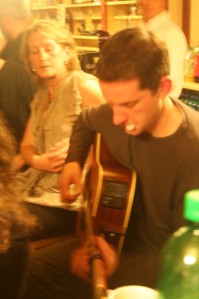